The Enemy of Ministry

And Elijah the Tishbite, who was of the inhabitants of Gilead, said unto Ahab, As the LORD God of Israel liveth, before whom I stand, there shall not be dew nor rain these years, but according to my word. (1 Kings 17:1 KJV)

Elijah was a great prophet of God who lived in a time of gross compromise and apostasy. As this verse reveals, God used drought as a wake-up call and Elijah as His agent. God used the prophets as His mouthpiece to call the people back to the terms of the Old Covenant. Notice verse 1 of 1 Kings 17:1 that Elijah “stood before the LORD.” This is a way of saying that he ordered his life to always be at Jehovah’s (YHWH) service. He anointed kings and rebuked leaders for their sins. He even destroyed many of the prophets of Baal.

Elijah stood before the Lord, which is similar to standing in the presence of God. One of the concepts of the presence of God is “eye to eye” or “face to face.” Elijah’s life was oriented to face God with a clear conscience. He endeavored to live so that nothing came between him and God. Hence, he “stood before Jehovah.” This attitude made him a mighty weapon in the hand of God.

Satan desires to destroy the souls of men. He wants as many people as possible to share in the eternal punishment he is destined to receive. Satan hates “Elijahs” because they appeal to peoples’ conscience so they will repent and turn from their sins. He has proven time and again that he will stop at nothing to destroy them.

Satan uses people who will yield to him to do his work. His strategy is consistent and predictable:

Consider John the Baptist a “type” of Elijah (Matthew 11:14). Herod’s wife, Herodias, tired of hearing John the Baptist rebuke her husband for his sin, plotted to have the man of God beheaded. Under the influence of Satan, she devised a plan to entrap her husband with his own words and force him to kill John. Again, John was a type of Elijah, but Herodias was a type of Jezebel. Who was Jezebel, and what can we learn from her ways?

But there was none like unto Ahab, which did sell himself to work wickedness in the sight of the LORD, whom Jezebel his wife stirred up. (1 Kings 21:25 KJV)

It is sometimes said that the seed never falls far from the tree. Jezebel was the daughter of Ethbaal, king of Sidon (1 Kings 16:31), formerly a priest of Astarte, and who had made his way to the throne by the murder of his predecessor Pheles. Similarly, Jezebel killed those who stood in her way, like Naboth and tried to exterminate the true prophets of Jehovah (1 Kings 18:13). She then took the brazen step of inaugurating the worship of Baal the Sun-God in Israel.

Ahab was one of the evilest men in the Old Testament due mainly to his wife Jezebel, who “stirred him up.” Murderous Jezebel is still remembered for her wickedness in killing Jehovah’s prophets (1 Kings 18:4). In addition, she is notorious for being a “usurper.” This means that she exercised authority in Israel that was not hers to exercise. She did this through her husband Ahab and her sons.

God demonstrated His estimate of Jezebel’s behavior by the death that she died. In the end, she was thrown from a balcony and trampled underfoot by horses until there was nearly nothing left. (2 Kings 9:33-35) Only the skull, feet, and palms of her hands remained when the undertakers came to bury her. When they came back and told Elisha, he said, “This is the word of the LORD, which he spoke by his servant Elijah the Tishbite, ‘In the territory of Jezreel the dogs shall eat the flesh of Jezebel, and the corpse of Jezebel shall be as dung on the face of the field in the territory of Jezreel, so that no one can say, This is Jezebel.'” (2 Kings 9:36–37 ESV)

A careful reading of the Bible reveals that Naboth, Ahab, the prophets, and Elijah weren’t the only men who had to deal with a “Jezebel.” She makes her appearance in the New Testament as well. Speaking to Thyatira, Jesus stated:

Nevertheless I have a few things against you because you allow that woman Jezebel, who calls herself a prophetess, to teach and seduce My servants to commit sexual immorality and eat things sacrificed to idols. And I gave her time to repent of her sexual immorality, and she did not repent. Indeed I will cast her into a sickbed, and those who commit adultery with her into great tribulation unless they repent of their deeds. (Revelation 2:20–22 NKJV) 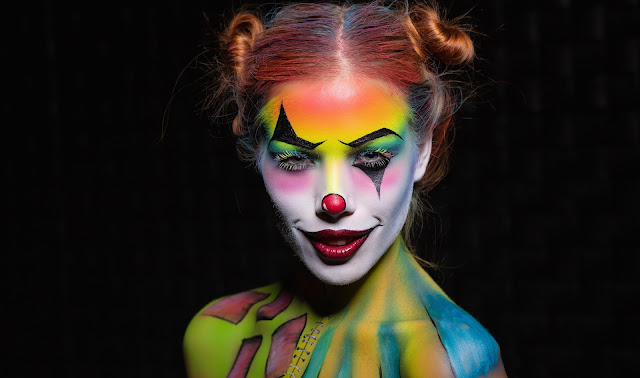 Notice that this person referred to as a woman “Jezebel” condones sexual immorality and teaches it. This is in direct conflict with God’s authoritative word. She threatened the growth of the church by challenging God’s authority first, which eventually lead to challenging the church’s leaders’ authority second. God gave her an opportunity to repent, but she refused. The only recourse for God was to throw her into a “bed of sickness.” The church tolerated her destructive doctrine and behavior, so God took matters into His own hands.

I do not believe that Demons are specifically “Jezebel spirits,” but rather, they transform themselves into a character that emulates Jezebel’s ways. Any demon can do it. Satan’s objective is to disrupt, discourage, and divide the church. People who entertain these spirits are used of the enemy to bring confusion into a church.

Imagine a person coming into a meeting needing a touch from God, but the enemy is at work to thwart what God is wanting to do. What happens? The needy soul misses their blessing. This should have greatly angered the church at Thyatira, but it didn’t (2 Cor. 11:29 KJV). They overlooked it, even though this “Jezebel’s” actions were sending peoples’ souls to Hell.

In modern times, the “zeal” for God’s glory that Jesus displayed when the money-changers conducted business in the Temple (or the business people sold doves) is intolerable. It is quite literally considered “unChristlike” these days to display any kind of anger or assertiveness no matter how serious the situation. The enemy would have us sit back and tolerate a Jezebel, leading souls to Hell, in order to keep the peace or fear risk losing our testimony as a minister. Jesus drove out the money-changers with a whip, and I suggest He expected Jezebel at Thyatira to be dealt with in some lesser but effective fashion.

I have often wondered if this person who did these things ever stopped to think how completely God would judge them for stumbling people in the faith? Yet they behaved as if there will be no final judgment (Rev. 20:11).

The enemy is patient and will wait for an opportunity to exploit a weakness (weak leader) in the church or take control altogether. What happens? A power struggle develops. Understand that people cannot rightly love one another while locked in a power struggle. James reminds us that “For where jealousy and selfish ambition exist, there will be disorder and every vile practice.” (James 3:16 ESV)

If you were to ask the woman “Jezebel” at Thyatira, “Are you yielding to a demon spirit?” she would likely be offended. This is how deep the deception can be. Yet, we cannot ignore the pattern. Her actions are paramount to apostasy and will render ineffective or destroy a church.

Jezebel was a tool in the hand of the Devil. She used her influence to work against the plan of God in Israel, and likewise, she uses her influence to thwart God’s goals in the churches. If you look around and see great destruction and discouragement, you probably have a “Jezebel” working. Elijah became so discouraged by her antics that he went out and hid in a cave. He stopped “standing before the Lord” and started running from Jezebel. This was the Devil’s plan! Satan hates it when people stand before the Lord. So he sends his “Jezebels” out to stop people from living in God’s will and accomplishing His purposes for the churches.

What happened? Jesus rebuked the church for tolerating her. They were spirit-filled and fire baptized but feared her more than God. There was no excuse for them tolerating that spirit in that environment. What did Jesus say? “I gave her time to repent, and she did not repent. Indeed I will cast her into a sickbed, and those who commit adultery with her into great tribulation, unless they repent of their deeds.” Not all sickness is a result of someone’s sin, but sometimes it is. When people (notice the plural in the word “those”) refuse to listen to God, He is liable to cast them all into a sickbed — not so that they would repent, but because they refused to repent.

We must be aware of these Jezebel types, agents of Satan, sent to turn the people out of the way. At the least, they work to get our attention off of “standing before the Lord” and get us all riled, depressed, or turned to distractions. We must honor God and stand before him. Elijah went from standing before the Lord to running from Jezebel. It can happen. We can’t allow the devil to tempt us to do it! We are here to serve Him — not to give in to Jezebel’s antics.

The thief does not come except to steal, kill, and destroy. He attacked the church at Thyatira because he knew there were spoils there to be gained. He knew this church’s potential for God so he launched a full-on attack. Time proved that God dealt with Jezebel in both the Old and New Testaments. If Elijah had known her end, he probably wouldn’t have run from her — he would have remained focused “standing before the Lord.” So likewise, God will deal with the Jezebels of our times. May we stand before the Lord ministering to this lost and dying world — even in the face of fierce opposition.

One thought on “The Enemy of Ministry”